I found a love….
Its the Serengeti. I was overcome with emotions in only 4 days spent in the vast plains surrounded by umbrella trees, granite rocks and running rivers filled with wading hippos. 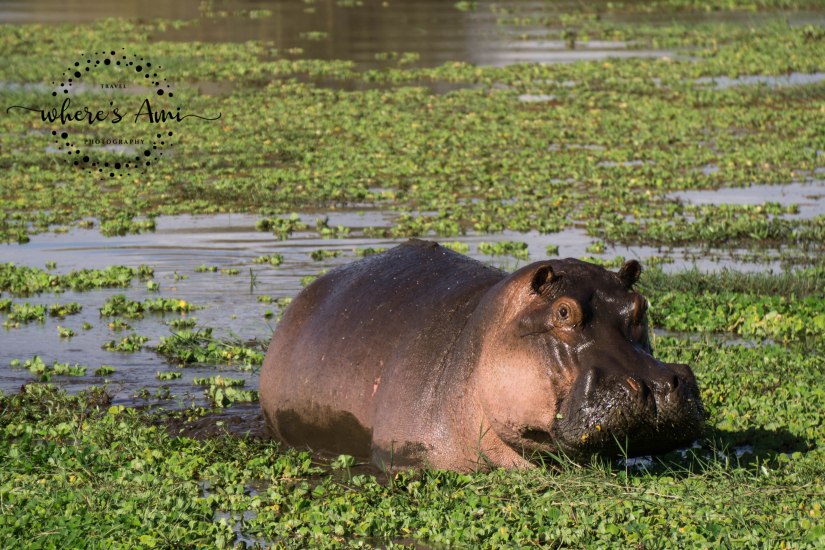 Something was calling to me. I felt like i belonged in that jeep standing on the seat looking through the pop top roof as i surf to stabilize myself over the bumps of the road.
The dirt belonged on my face and under my finger nails, i felt at home beneath the beating sun, my lungs protected by the buff covering my mouth from inhaling the dust.. My face fit perfectly nestled into my camera, waiting so patiently for that exact shot. My heart skipping a beat as mother nature gives us the amazing opportunity to watch a lion make her kill right before our eyes. I was so torn between wanting the prey to live but wanting the predators to eat, especially after witnessing a starving pride of lion cubs. As brutal as nature is, it has never been more beautiful to me than here in Africa. My heart belongs here. Every ounce of my being is screaming at me not to leave. My mind is racing with the events that my eyes have witnessed in the last few days and my heart yearns for more. 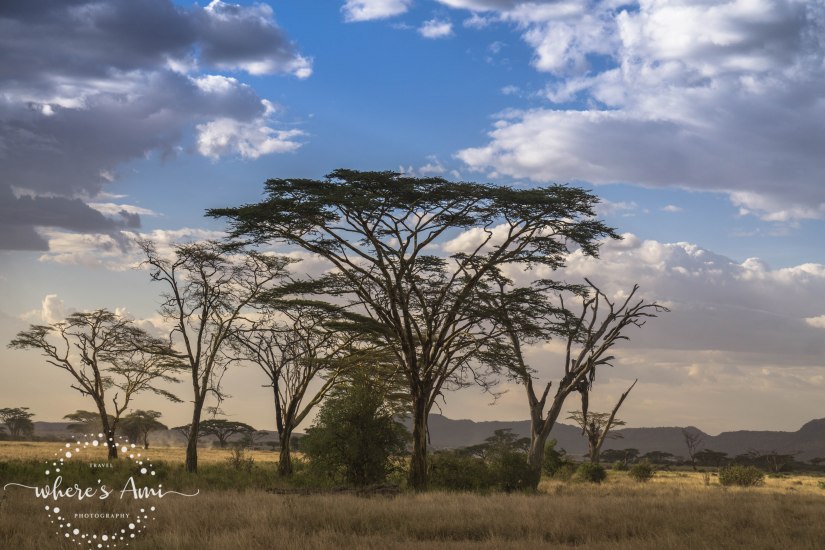 I can barely begin to wrap my head around everything we saw. I couldn’t have dreamt up a better 4 days on safari. I felt as though we were spoiled by mother nature in all that we saw, i felt lucky to be apart of every moment.
One of the most exciting moments for me of the trip was watching two lioness lounging in the shade of a tree, only 5 feet from my fingers. As i was watching in awe the beauty of these creatures, one of them spotted an unsuspecting warthog off in the distance. She slowly crouched down as he trotted towards the river for an innocent drink. Every time he stopped, the lioness stopped as if it was a choreographed dance between the two of them. She came around wide, following behind him as the second female narrowed in closer on the right. The kill happened so fast as they both rushed in simultaneously from either side of the pumba who had no where to go but their jaws. Clouds of dust covered them as the poor warthog tried to save himself. One had him by the throat, slowly suffocating him as the second lioness began to rip open his stomach as he kicked his hooves in his last efforts to live. From hunt to capture, the entire event took about 5 minutes, the same amount of time for pumba to slowly suffer before succumbing to the lions. As gruesome as it was to watch them rip apart the meat, their faces red with blood, i still found it incredibly fascinating but even harder to look away. This was the only hunt we saw but saw several aftermaths of zebras, buffaloes, wildebeest and a poor little baby gazelle. Getting within feet of two male cheetahs lounging under an umbrella tree was amazing. They are the friendliest of Africa’s cats as they could care less as our jeep circled the tree as they moved around it. They rolled in the dirt playfully in an attempt to stop the bees and flies from bothering them. Our guide casually mentioned that we were not to worry if one jumped on top of our roof, they only want to get to higher ground and are extremely friendly and no threat to us – secretively, I hoped they would. 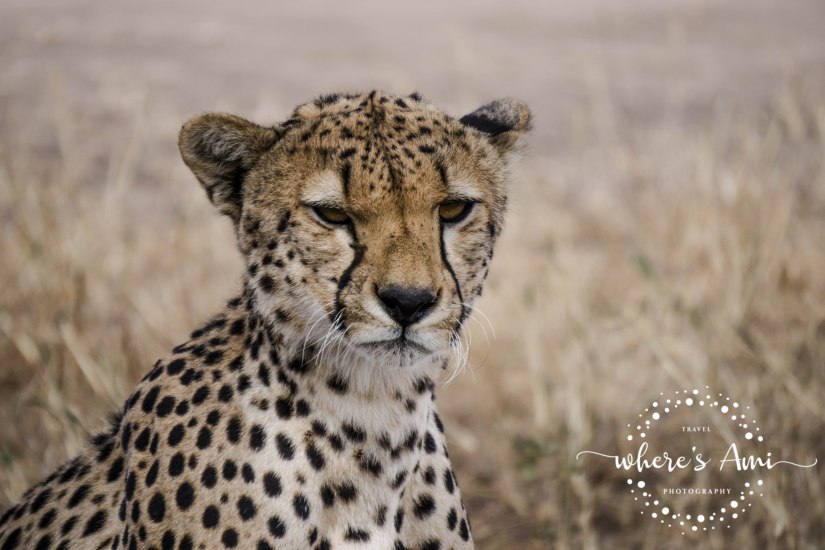 We had been praying the entire time in Africa that we would see the leopard. Even in Kruger we got so close as to see the recently killed impala hanging in a tree branch but no leopard in sight. We knew she was close and waited half an hour but no such luck. This time we got what we wished for — to see the final of the big 5, the elusive leopard. When our driver got word over the radio he told us to sit down and hold on as we ripped over the bumps as fast as possible. There was a line of 30 jeeps all looking in one direction towards the long yellow grass and there she was, so far away but close enough to see with the naked eye. She was casually strolling in our direction. Just being within binocular distance was amazing enough but she decided to walk directly at us and eventually ended up a foot away from our jeep. I couldn’t have asked for a better way to end our last full day in the Serengeti.

Its not all about the predators though. I was taken aback by the amount zebras around and that a group of them is called a ‘dazzle’. They work together with wildebeest who have great hearing and the zebra have great eye sight which is why you see them together so often. 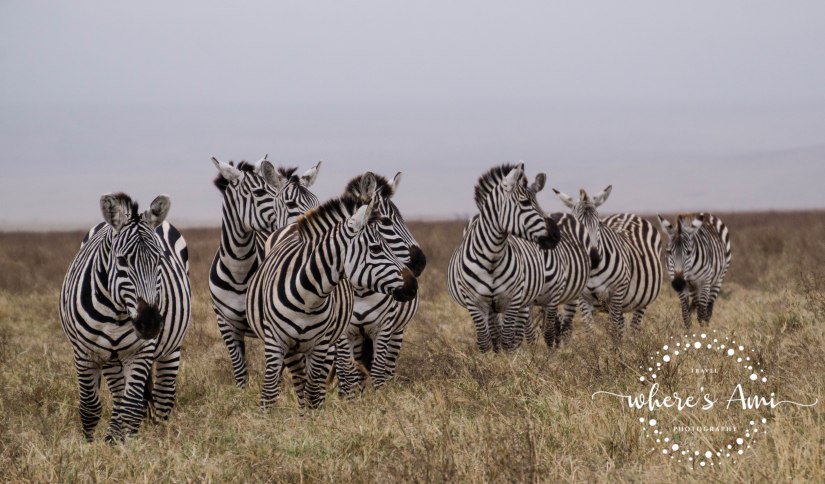 Warthogs, or Pumbas, are the healthiest of animals in Africa due to the way they graze. They eat all the nutritious grass and kneel down and use their large tusks to dig into the soil that is rich in vitamins and minerals. They’re built strong and sturdy and with that combination and their thick tusks, they are actually strong enough to take down a lion. I found them incredibly fascinating and by the end of the safari i had fallen in love with Pumba. The way their tail sticks straight up like a car antenna when they run to help the other pumbas see them in the long grass. I couldn’t help but giggle as they ran. We saw another lion alone hunting a warthog, fortunately he got away and you can bet that we all cheered so hard for little pumba as he ran into the horizon without looking back once. 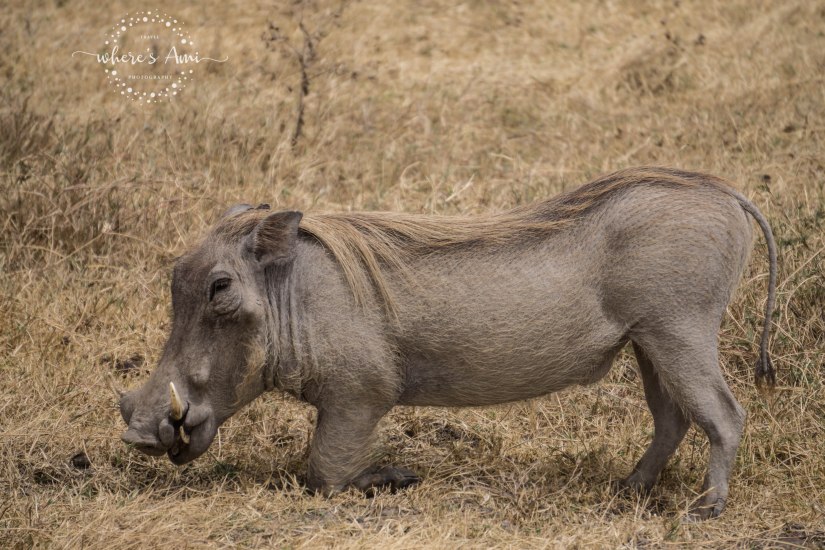 Because of all the kills we came across, we got to witness a lot of hyenas. These guys eat everything, bones, rotting carcasses and flesh which makes them immune to disease. They are very dog like but have these long necks like horses. They hang off in the distance watching the lion eat their meal patiently waiting for their turn. 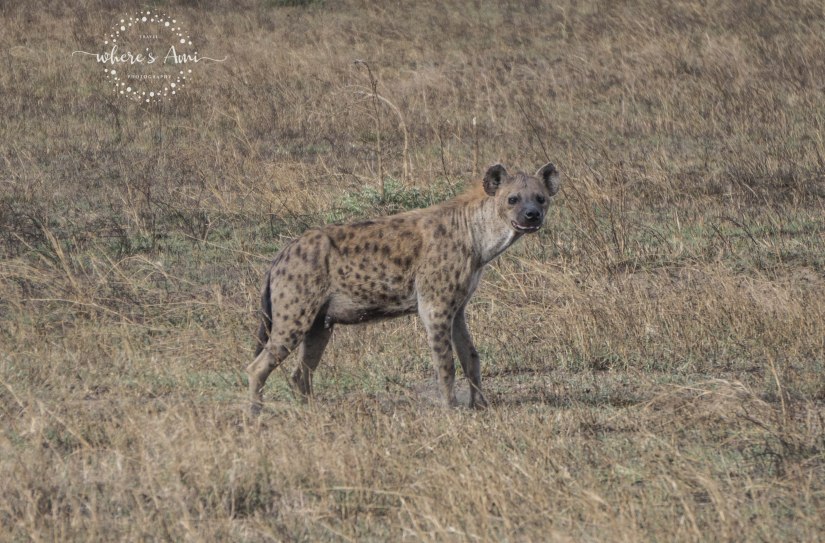 In Kruger and the Serengeti, we were fortunate to see herds and herds of elephants. Many times, crossing in front of our jeep only a few feet away. In the middle of the dry plains we came across an oasis of palm trees and muddy water and were able to watch a family of elephants take a bath together and the babies toss mud around as if they were having a water fight. When we stayed in the Ngorongoro Crater, a wild elephant came into our campsite and starting eating food off a table and the staff had to chase it off with rocks and banging trash can lids. I learned that you can tell if an elephant is right or left handed by which tusks has the most use, whether it is smaller than the other or even broken off.

Camping was so much fun. It was incredibly exciting to know that when you went to sleep and the entire campsite calmed down, there was going to be plenty of creatures wandering around looking for food and being drawn in by the foreign smell of humans. I would lay there and listen to crunching grass and wonder what it coud be, hear the zebra braying off in the distance talking to each other and listen to the cackle of hyena knowing full well that they were somewhere close by. When you take a walk to the bathroom and flash your light around the grassy parts, green and orange eyes are lit up crouching in the long grass. We would get so excited and ask our guide, Innocent, to go check what type of animal it was which was usually a hyena or on a couple occasions a civet which looks like a mix between a house cat and a racoon.

The difference in the scenery was unbelievable. You could drive for miles and see nothing but yellow empty plains and a few bushes or an umbrella tree standing alone and all of a sudden come into an area with large granite rocks covered in a pride of sleepy lions who could not care less about us coming up so close we could almost touch them. A random oasis of palm trees and water with elephants bathing in it. It was such a big change from Kruger which was thick bush and trees making it difficult to spot certain animals. We were incredibly lucky there though, within the first 5 minutes spotting two white rhinos who casually sauntered over to our jeep. We were also fortunate to see the rare black rhino in the Ngorongoro Crater. He was a small black dot that you could barely make out that it was a rhino but it was amazing none the less. They have protectors posted all over the crater just for the black rhino due to the amount of poaching and how little of them are left. I learned that the reason they are poached is for their horns used in Chinese medicine, even though the horns are made up of keratin and you would get the same effect if you were to chew your finger nails. So unfortunate.

We were able to visit the Masaai Tribe at the very beginning of the trip, just outside of the city of Arusha. They live in large open plains close to water in small mud huts with grass roofs. Dressed in traditional clothing and herding cattle they welcomed us into their homes. Part of our money for the tour goes towards a program that builds ventilation in their homes so they can cook their food safely without having to worry about smoke inhalation. They were all incredibly kind and the small children wanted their pictures taken and to see them after. It was a different feeling to be able to be apart of their everyday life, even for the short amount of time. If you are interested in donating to this amazing program please go check out Gadventures planeterra program. 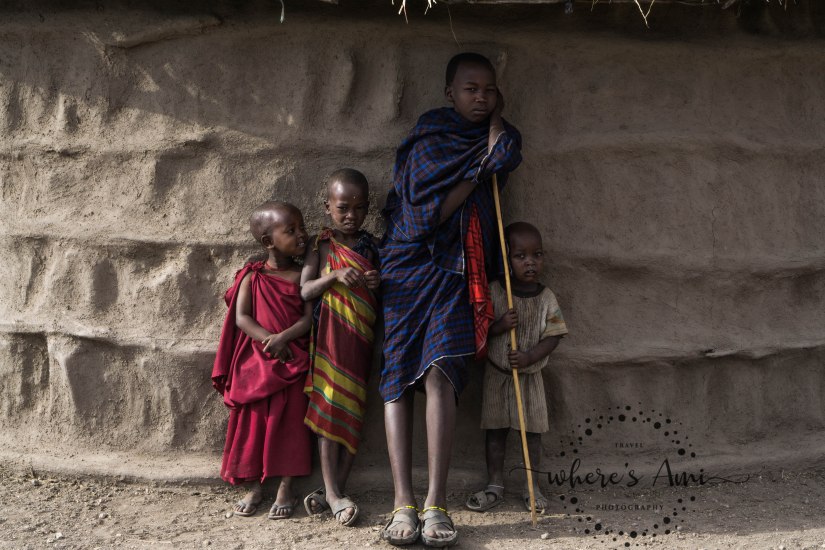 My 6 days spent in Tanzania was by far the best days I have ever had on a trip. It has knocked everything out of the water. I kept thinking to myself, “why havent i been here before?” or “is this day really happening” When we drove out of the Serengeti I was incredibly emotional. I did not want to leave and felt like I had only scratched the surface. I was blown away by Gadventures and how in-depth, well planned and organized the tour was. It was worth every penny we paid and I cannot wait to book another adventure with them and I especially cant wait to come back to Africa — my heart belongs here. 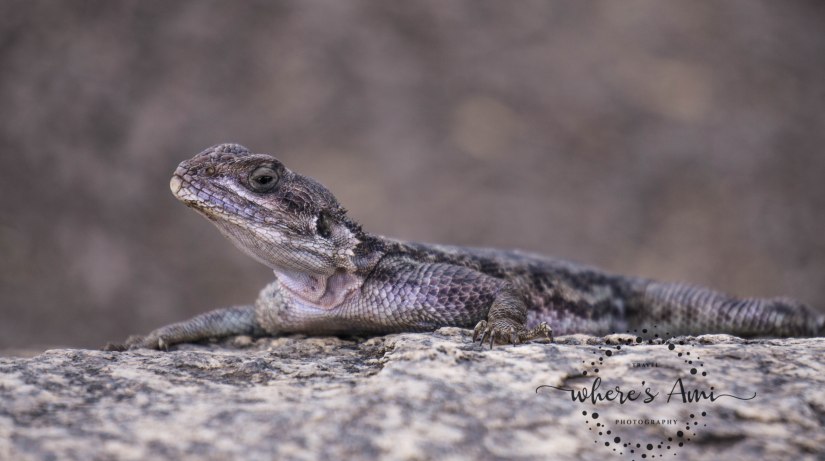 Learn about the Maasai tribe here

If you’re interested in helping out the Serengeti Conservation Program

Lonely Planets guide to the Serengeti

traveling the world! follow me here or at. https://www.instagram.com/ami.grieve.photography/ or my fb account https://m.facebook.com/ami.grieve?ref=bookmarks View all posts by amigrieve

9 thoughts on “Safari in the Serengeti – Tanzania”