Alright folks. Yet another deadly day! New country, new atmosphere and new sights. Its been a lot in a matter of 9 days, but we knew this is how the first leg of our trip was going to go. It seems to be hitting us hard in the wallet though as you cannot escape the costs of everything out here. To save money we decided to stay outside of Dublin’s city centre and the only thing reasonable within our budget was about a 40 minute bus ride. Now that all said…factor in buses to and from the city, keeping yourself entertained costs a pretty penny and definitely not being able to just head back home for a couple hours to relax hits hard too. You’re more inclined to stop for a beer or at a café to kill some time and that means more money spent. That all said, Dublin is so much fun and completely worth the bit of extra cash. We are hoping to make up for it when we head South (a plan is in the works right now as to where exactly — stay tuned).

What a great sleep in this morning that we must’ve needed as we are usually early risers. Went to snag the train and casually walked up and slowly paid at the ticket booth for our ride as one showed up, we didn’t rush cause we figured, well, its a train, they come every 10 minutes. Well not on Sundays. They run every hour. Okay, cool, cool. Stop and ask the first person where to catch the bus — alright, back on track. Straight to Grafton street. I remembered this place from the last time I was here and not just cause my second love, Ed Sheeran sings about it…..I swear. Such a wicked little walking street rich in culture, street entertainment and shops right in the heart of Dublin’s city centre. Named the 5th most expensive main shopping street in the world (approx. €3,300/m2/year😮) we decided to avoid shopping and save all our money for drinks later of course.

When you get to the end of Grafton street you end up at the entrance of the beautiful St. Steven’s Green. A lovely park of about 22 acres making it the largest park in Dublin’s main Georgian garden squares. This park reminds me a lot of Beacon Hill Park in Victoria. Rich in lush green grass, winding paths that weave in and out of trees and rainbow flower gardens. In the middle is a large pond filled with all types of birds, ducks and swans. Even though you are surrounded by busy streets and traffic, the sounds of the bird life, running fountains and people talking drowns it out almost completely giving you a feeling of being as far away from city life as possible. 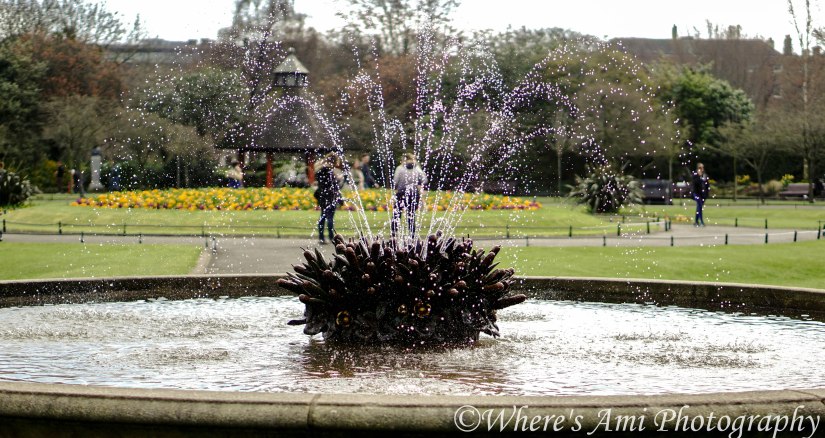 Next stop was the Christ Church cathedral just adjacent to the Dublin Castle (which was a tad boring so I wont talk about it here). This cathedral is described as a gothic, Romanesque style that received extensive renovation due to seriously decayed structure. Even though it has been restored, there are many pieces from the restoration on display inside of the church that had originally been on the outside structure. Makes its pretty interesting to see these pieces hung on the wall like an ancient piece of art as if it doesn’t quite belong. Now my past travel buddy knows my feelings on cathedrals — don’t get me wrong, they are amazing…but, I have seen so many that I have a hard time focusing once I hit that two or three cathedral mark. But for those that haven’t had much experience on the cathedral side, this is definite must see, worth the €7 entry fee.

We spent the rest of the evening pub hopping throughout the Temple Bar area, which is a busy riverside neighbourhood. Each street branching off is filled with crowded Irish pubs and the heavy traffic of tourists. There is no lack of Irish tradition in this area as every pub generally has all day live music and most places serve traditional Irish meals making it one of the most busiest sections of Dublin. The area is named after the infamous 106 year old Temple Bar. No matter day of the week, expect this place to be shoulder to shoulder with people and continuous Irish folk music. A huge must see when grabbing a pint in Dublin. 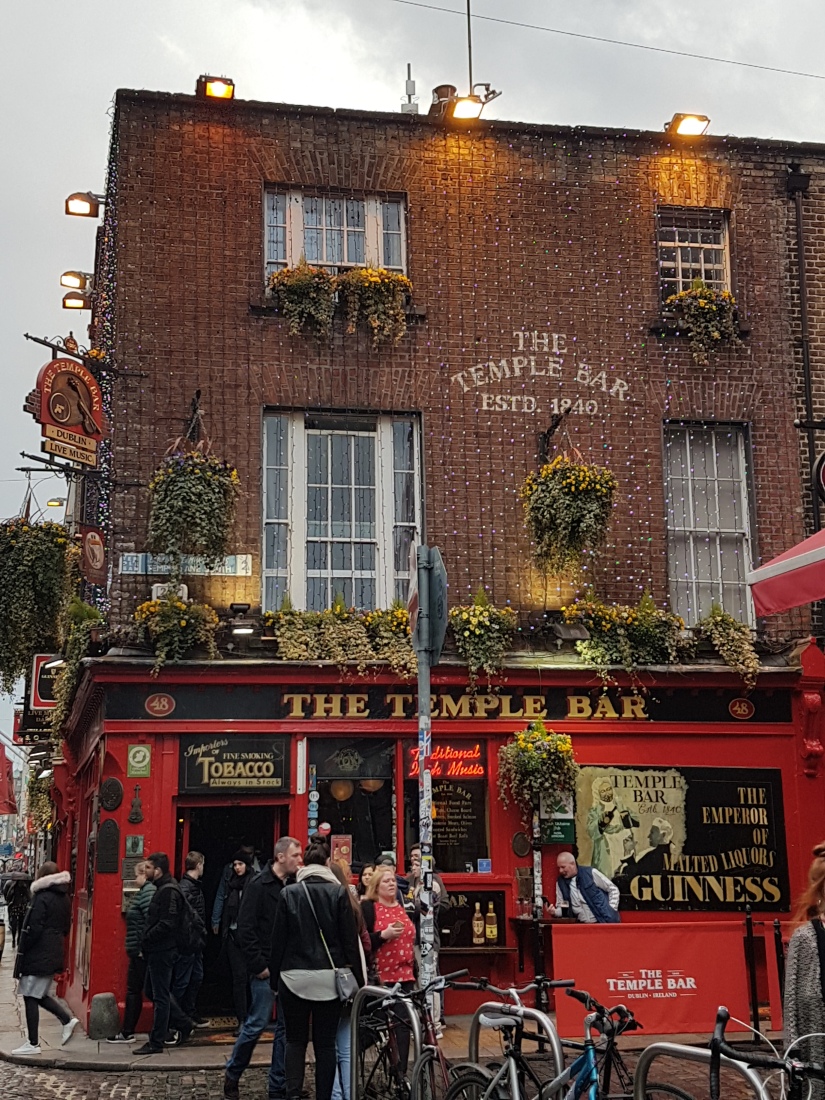 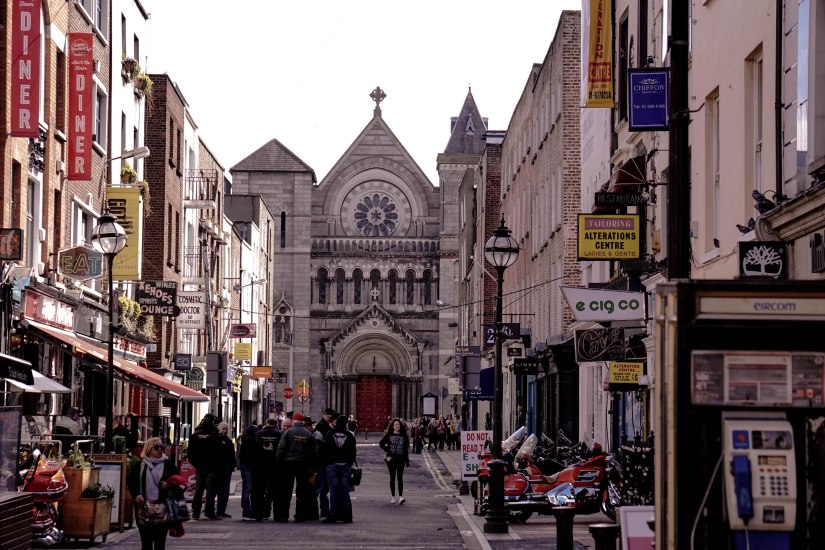 After checking out more than a few pubs, listening to the Irish music and having a delicious meal in Dublin’s oldest pub called The Brazen Head, we decided to call it a night. Mark was a tad reluctant as he was very much enjoying the atmosphere and I was loving my new favourite drink, Jameson whiskey, ginger and lime — it was a bit difficult to walk away. A new day tomorrow and more of our travels to plan as we have one more day here and off to another place Tuesday morning. For those looking to travel, you must put Dublin on the list, it is a definite must see!